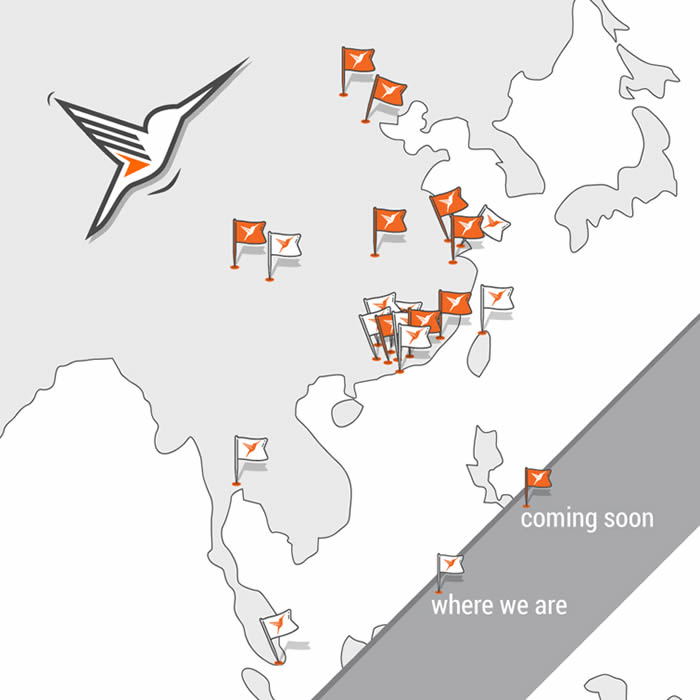 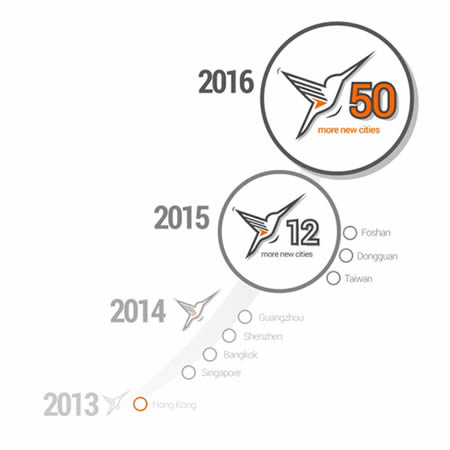 (Hong Kong, September 08, 2015) - Following their one millionth delivery, Huolala Global Investment Limited shares news that they have secured an investment of USD$10 million led by MindWorks Ventures as well as AppWorks, Crystal Stream and individual investors.

As the leading professional on-demand delivery service throughout Asia, Lalamove has officially announced their security of a USD$10 million dollars investment from MindWorks Venture, AppWorks, Crystal Stream and individuals investors.

The company, which is known as"EasyVan" in Hong Kong, features iOS and Android apps that allow businesses to instantly transport goods across a city using their network of delivery vehicles. It is similar to Uber's on-demand model, but for intra city deliveries -- qualified individuals with a valid license and vehicle can sign up to be a driver. The app serves as an affordable platform for businesses to"share" delivery vehicles.

"While very few startups thrive in both South East Asia and China markets, we are thrilled to show such growth in the past 18 months," explains lalamove's CEO and Founder, Shing Chow."This continuous success validates our hypothesis -- delivery as it exists in Asia isn't optimal and bringing technology to this aging industry reduces drivers' idle time, increases speed and efficiency while lowering costs."

This investment comes at a pivotal moment as the company nears the end of the fourth quarter of the fiscal year – lalamove, known for connecting users in need and drivers of vans, motorcycles, trucks and lorries to move items and documents fast and efficiently, has also announced their expansion to 12 additional cities throughout China. The company's push to spread across Fujian, Anhui, Guangdong, Sichuan, Zhejiang, Shandong and Hubei is set to be fully operational within the next three months starting with Shanghai and Chongqing this week.

Chow adds,"This new round of funding will help us extend our services to several new cities and provide businesses a faster and more efficient way to do delivery. We will also use the funding to help build best in class products to enhance our customers' experience."

While lalamove is actively seeking out new strategic partners, the company is also preparing for the advanced stages of its expansion -- adding 50 cities throughout Asia to the company's delivery network by the end of 2016. To learn more about the app and its technology, download Lalamove on Android or iOS for free.

EasyVan joined the Hong Kong Science and Technology Parks Corporation’s “IncuApp” Incubation Progamme at its early stage. Through the programme it connects with technology partners and investors to accelerate its development. “Easy Van is one of the success stories of our incubation programme. We are committed to helping Easy Van to broaden their network and expedite business growth. Within 18 month Easy Van received two major capital injections and made remarkable expansion into Asia and the Mainland markets. This demonstrates the strong potential of technopreneurship in Hong Kong and HKSTP will continue to spur its growth through our comprehensive support.” said Peter Mok, Head of Incubation Programmes, HKSTP.

David Chang, Partner of MindWorks Ventures said:
"Since our previous investment, Shing and his teams have experienced a period of rapid growth and optimization. This new follow-on funding round will further enable lalamove to capture growing demand, strengthen their dominance in Asia and better position them to become a global player in this on-demand logistics paradigm shift."

Jamie Lin, Founding Partner of AppWorks Ventures, expressed their rationale behind participating in the round, "What we liked the most in lalamove is the team and their ability to expand in a highly methodical manner. We want to be there to support a good team like this as they work their way toward becoming a leader in their sector regionally and globally."

MindWorks Ventures is a venture capital firm with focus in the Southeast Asia and Greater China region.  Their multi-stage venture fund invests in companies and assists the brightest founders to build technology for rapid adoption, scalability and disruption. http://www.mwsventure.com

Crystal Stream is a china focused Venture Capital fund, established in 2012, with the mission of finding talented entrepreneurs in China and helping them become successful CEOs of successful enterprises. Its limited partners include Hillhouse Capital and Qunar's CEO, CC Zhuang.

AppWorks is an early, long-term investor for mobile and internet entrepreneurs, looking for determined, creative and highly executable organizations. Apart from getting seeding fund, AppWorks will continue support until the entrepreneurs develop the right product for the right market and establish a sound business model worldwide. http://www.appworks.tw