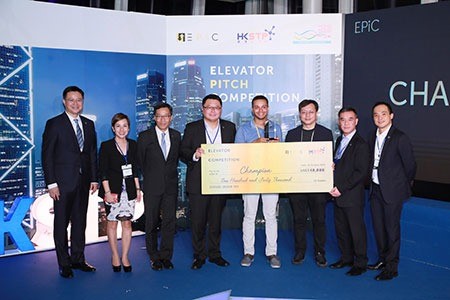 DASH Systems has beaten 99 other finalists from across the globe to be crowned champion and claimed an investment prize worth US$140,000. 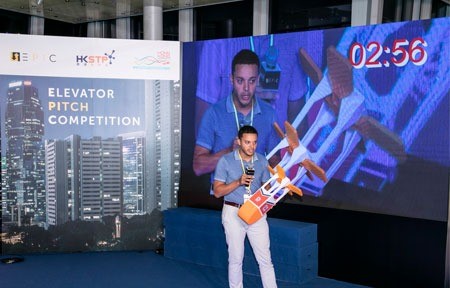 Organised by HKSTP, EPiC featured an internationally diverse range of 100 start-ups that pitched their ideas to investors and experts at the iconic International Commerce Center in Hong Kong. 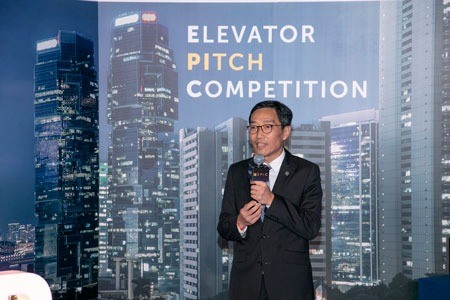 Albert Wong, Chief Executive Officer of HKSTP, said the competition has become a great platform for Hong Kong to show its strength as an innovation and technology start-up hub to the international community. 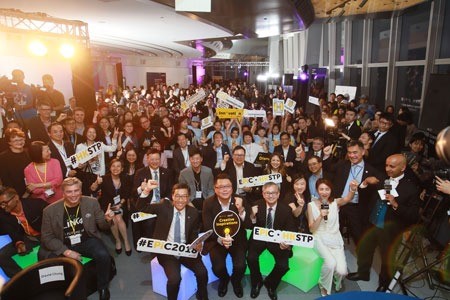 (Hong Kong, 26 October 2018) - One hundred high potential start-ups from 24 economies took part in the Elevator Pitch Competition 2018 (EPiC) today. Organised by the Hong Kong Science and Technology Parks Corporation (HKSTP) at the International Commerce Centre (ICC), the global signature start-up event drew a record high number of 591 applications, including both local and international start-ups. The competition attracted more than 1,000 entrepreneurs, venture capital firms, angel investors, industry players, incubators, accelerators and tech disruptors together. Following an intense day of competition, DASH Systems has beaten 99 other finalists from across the globe to be crowned champion and claimed an investment prize worth US$140,000.

DASH Systems builds precision aerial delivery systems that allow any aircraft to land cargo without the need for runways or landings. This allows the world’s fastest shipping medium, air cargo, to deliver anywhere in the world an airplane can fly over. Cargo planes can deliver up to five times faster and two times cheaper than commercial courier companies by not relying on slow ground vehicles or the need for distribution hubs.

Albert Wong, Chief Executive Officer of HKSTP, said, “The large number of entries, diversity of participants and the enthusiasm they displayed throughout the competition pleasantly surprised us. The competition has become a great platform for Hong Kong to show its strength as an innovation and technology start-up hub to the international community.

The eagerness and interest shown by the participating start-ups are equally matched by an increasing number of investors who have also shown interest in the competition. This demonstrates that our efforts in strengthening the start-up ecosystem in the Park, making the right connections between start-ups and investors, are showing its rewards. We call upon the local and global investment community to come join us at the Park, and help bring these many brilliant ideas to life.”

One hundred start-ups from all over the world with a focus on five technology areas: Artificial Intelligence & Robotics, Fintech, Healthy Ageing, Smart City, and Next Generation Technology were shortlisted while around 70 percent of them came from overseas. All finalists were given one minute to pitch their innovative ideas to judges in an elevator ride at the ICC. Ten finalists were selected and given another three-minute opportunity to pitch to the panel of judges, which was made up of investors and industry leaders.

This year’s EPiC also included a new programme, the “Kidtrepreneur” competition, which saw 11 future entrepreneurs present their creative ideas. This competition allows children to learn from the senior contestants while demonstrating to the children, their parents and the general public, that the innovation and technology sector can provide them with a bright and promising future. The Champion Lauren Kwan is the founder of “Stethoscopers”, the game advance from basic surgery prep to complicated anatomy and reach higher levels by passing medical vocabulary tests, puts medicine and learning in a fun format for the next generation of doctors. 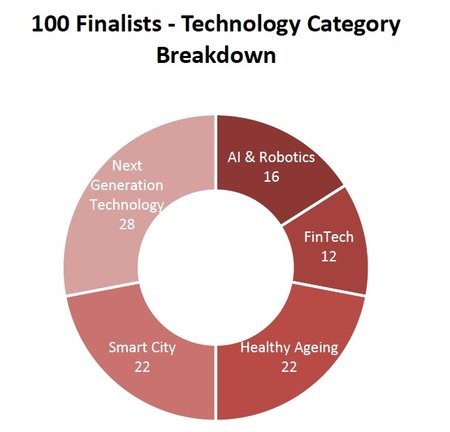 For more information about the background and breakdown of the finalists, please refer to the enclosed factsheets.