Cancer is the second leading cause of death around the world, and in 2018 was responsible for an estimated 9.6 million fatalities – the equivalent of one in six deaths.

Figures published in October 2019 by the Hong Kong Cancer Registry – part of Hong Kong Hospital Authority – highlighted more than 33,000 cases of cancer diagnosed in the city annually, while new cancer cases had jumped by 5.1 per cent in 12 months.

The rising number of new patients each year means there is an urgent need for effective treatments to fight the disease.

Chemotherapy is traditionally used to shrink tumours or kill any cancer cells that remain in the body after surgery, with powerful chemotherapy drugs injected directly into a patient’s bloodstream.

However, it is also widely known that having the drugs administered in this way is highly toxic for the body, with hair loss, frequent vomiting and mouth sores among their side effects. 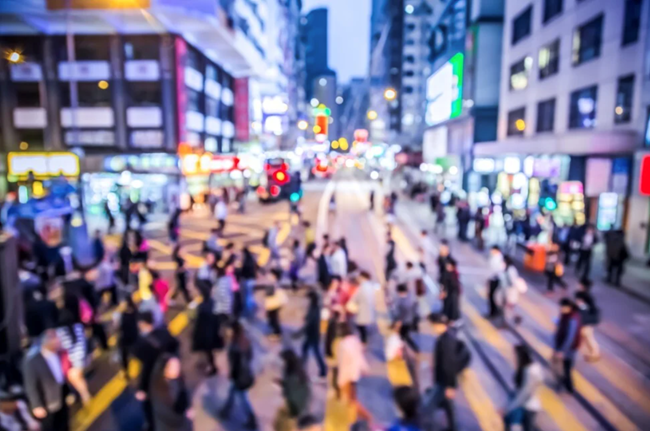 Cancer was responsible for an estimated 9.6 million deaths around the world in 2018 – one in six of all fatalities – and cases are increasing. Photo: Shutterstock

Two clinical-stage biopharmaceutical companies based at Hong Kong Science Park, in Sha Tin, New Territories – run by Hong Kong Science and Technology Parks Corporation (HKSTP) – are developing treatments that have the potential not only to be more effective at reducing the number of cancer cells, but also lead to far fewer and less severe side effects.

Athenex, a global company listed on the American Nasdaq stock exchange, which has a research and development arm in Hong Kong, has developed a chemotherapy drug that can be taken orally.

Results in clinical studies have shown the oral version of the drug has the potential to improve the therapeutic efficacy and also reduce the toxic effects associated with the injected alternative.

Randoll Sze, chief financial officer of Athenex, says many commonly used chemotherapy drugs are administered intravenously because injecting them directly into the patient’s blood circulation is the fastest way to get the chemotherapeutic agent to work in the body. 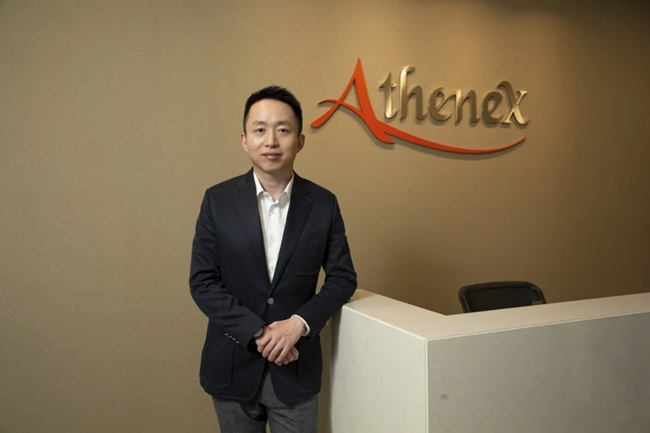 Randoll Sze, chief financial officer of Athenex, which has developed an oral form of the intravenous chemotherapy drug, paclitaxel, with the potential to improve its therapeutic efficacy and reduce its toxic side effects.

The toxicity caused by chemotherapy may persist for a long time before it can be broken down by the liver and excreted from the body. In some instances, patients can suffer peripheral neuropathy, causing numbness or sharp burning pain in the feet and hands, which can be irreversible even if treatment is discontinued.

Such severe side effects may lead to future dosage levels being reduced, or subsequent treatment cycles being delayed, or even discontinued, which will have an impact on the effective cancer treatment of the patient.

However, Athenex has converted paclitaxel – the chemotherapy drug normally administered intravenously – into an oral form that patients can take in their homes.

The oral drug has been developed through the development of a new chemical entity named encequidar – a P-glycoprotein (P-gp) pump inhibitor that improves the oral absorption of the chemotherapy agents – and a process known as formulation, which involves combining different chemical substances, including the active pharmaceutical ingredients.

Sze says that without encequidar and the formulation process the absorption rate of the oral drug would be minimal because once paclitaxel reaches the gastrointestinal tract the body has a mechanism, namely the P-gp pump, to expel it as a toxin. 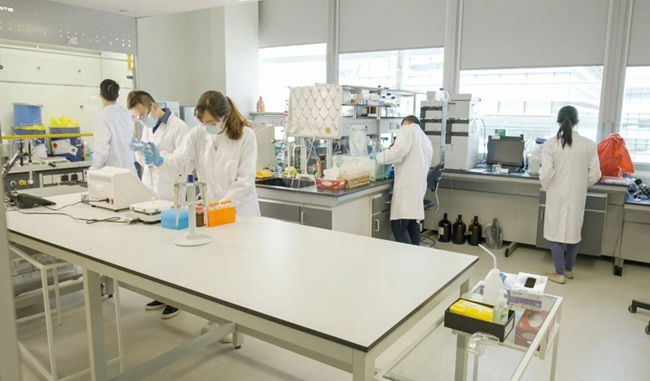 Researchers at Athenex’s Hong Kong research lab, have been working on the formulation of the oral form of the chemotherapy drug, paclitaxel, to help the chemotherapeutic agents to be absorbed in the bloodstream.

Athenex’s Hong Kong team working on formulation has combined the chemotherapy drug with encequidar to inhibit the P-gp pump from expelling toxins during treatment, which enables the chemotherapeutic agents to be absorbed in the bloodstream.

Once the drug is in the patient’s system, it can then target the cancer cells and potentially reduce the size of the tumours. Taking encequidar and oral paclitaxel three days a week enables the drug to remain in the body for a longer period in the therapeutic range, meaning it has the potential to have improved efficacy over intravenous paclitaxel and avoids some of the toxic effects associated with the infusion alternative.

Dr Paul Cheng, co-founder and executive director of BCT, says that since the late 1970s it has been known that it is possible to kill a number of cancers in a laboratory dish by removing the amino acid, arginine, using an arginine-depleting enzyme.

While nutritionally important for a growing child, arginine is only a semi-essential or conditionally essential amino acid in most people. 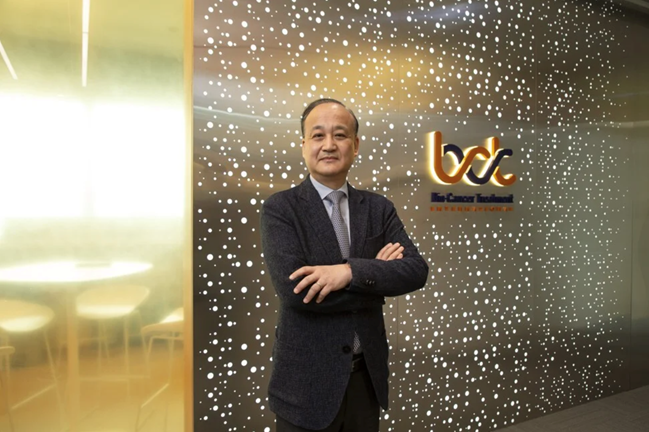 Dr Paul Cheng, co-founder and executive director of BCT, says arginine, an amino acid in the body, is like the Achilles’ heel of auxotrophic cancers.

However, the arginine-depleting enzyme, arginase, has a half-life of mere minutes – the time it takes for its concentration in the body to decrease by half. It means using it to remove all the arginine would have been impossible – until now.

BCT found a way to combine the enzyme with polyethylene glycol, an inactive excipient – such as a stabiliser or bulking agent – used in many pharmaceutical products, to lengthen its circulatory half-life. That discovery gave birth to the company’s new drug, BCT-100.

So-called auxotrophic cancers – those forms needing an additional nutrient for development – such as myeloid leukaemia, melanoma and prostate cancer, rely on arginine for growth.

Since the body cannot generate its own arginine when it is under stress, if it is removed these tumours will die. “It is like the Achilles’ heel of this group of cancers,” Cheng says. 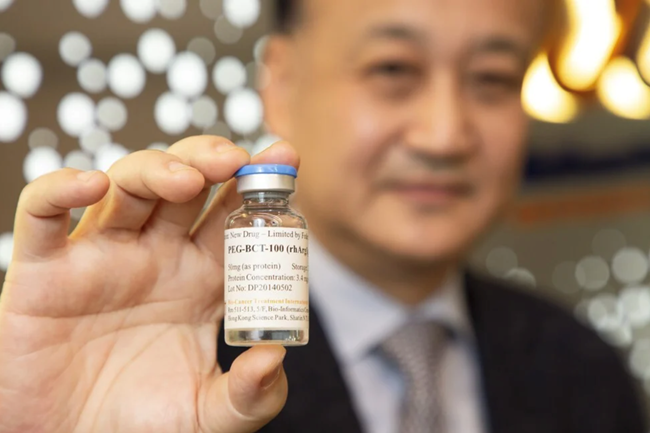 Dr Paul Cheng, BCT’s co-founder and executive director, with a phial of its BCT-100 drug, which helps kill cancer cells in patients by depleting arginine.

During BCT’s phase I trial of the drug in the US, one patient with melanoma went into complete remission, with all the tumours disappearing, and has remained cancer-free for nearly three years.

“We also saw some prostate cancer that responded in terms of very stable minor shrinkages for a long time,” Cheng says.

Interim analysis of a phase II trial in the UK also suggests that using BCT-100 in combination with the chemotherapy drug, cytarabine, is effective in treating older people with acute myeloid leukaemia. The arginine-depleting enzyme targets the tumour in the first instance, with cytarabine increasing its impact.

The treatment is far less invasive than chemotherapy and has only very mild side effects, such as a localised rash or slight stomach ache and there were no major toxicities found in almost 200 patients.

Patients have also shown no negative impact from not having arginine in their bodies for more than two years, allaying fears that the absence of the amino acid could weaken their immune systems.

Alongside treating cancer, BCT has found that using BCT-100 to remove arginine from T-cells, which form part of the body’s immune system, can potentially help to treat autoimmune diseases, such as rheumatoid arthritis and multiple sclerosis. 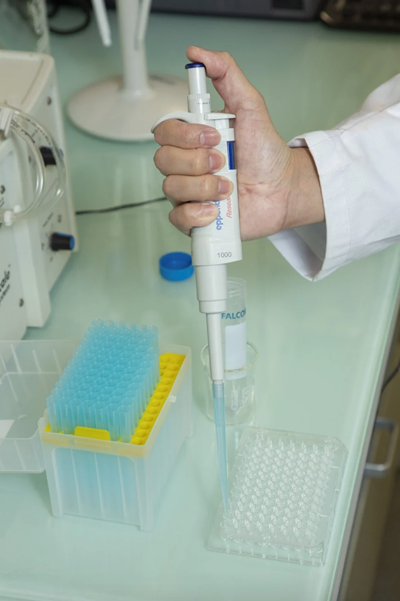 BCT says its BCT-100 drug has the potential to treat not only cancer patients, but also those people with autoimmune diseases, such as rheumatoid arthritis and multiple sclerosis.

Another advantage of BCT-100 and Athenex’s oral paclitaxel during the current pandemic is that taking these drugs at home could reduce the risk of cancer patients becoming infected with Covid-19 because they would not need to travel to the hospital for treatment when their immune systems are compromised.

“I feel [oral paclitaxel] is a game changer for cancer treatment because it is more effective [in] competing with cancer and it’s kinder to the patient,” Dr Manson Fok, a board director at Athenex, says.

During a recent phase III clinical trial of oral paclitaxel, patients taking it while suffering from metastatic breast cancer – a common form of cancer among women worldwide – showed a better response and survival rate than those being treated using intravenous paclitaxel.

Athenex will soon be submitting a New Drug Application to the US Food and Drug Administration for approval in treating metastatic breast cancer and it hopes the oral drug will be available to patients within 12 months.

Both Athenex and BCT believe being based at Science Park, as well as in Hong Kong itself, provides significant benefits to their companies.

Sze says Athenex chose the city as its regional base because of its global reputation as a city with “very close ties to the outside world” and well-developed regulatory standards.

Athenex’s presence at Science Park has also helped it to attract R&D talent and benefit from collaboration opportunities with other companies, universities, government and research institutions that come through Science Park, he says.

BCT, which has been based at Science Park for 13 years, says one of the big advantages is having easy access to the common laboratories, which provide targeted R&D tools and technical support services vital for biomedical companies, especially at the early stage of their development.