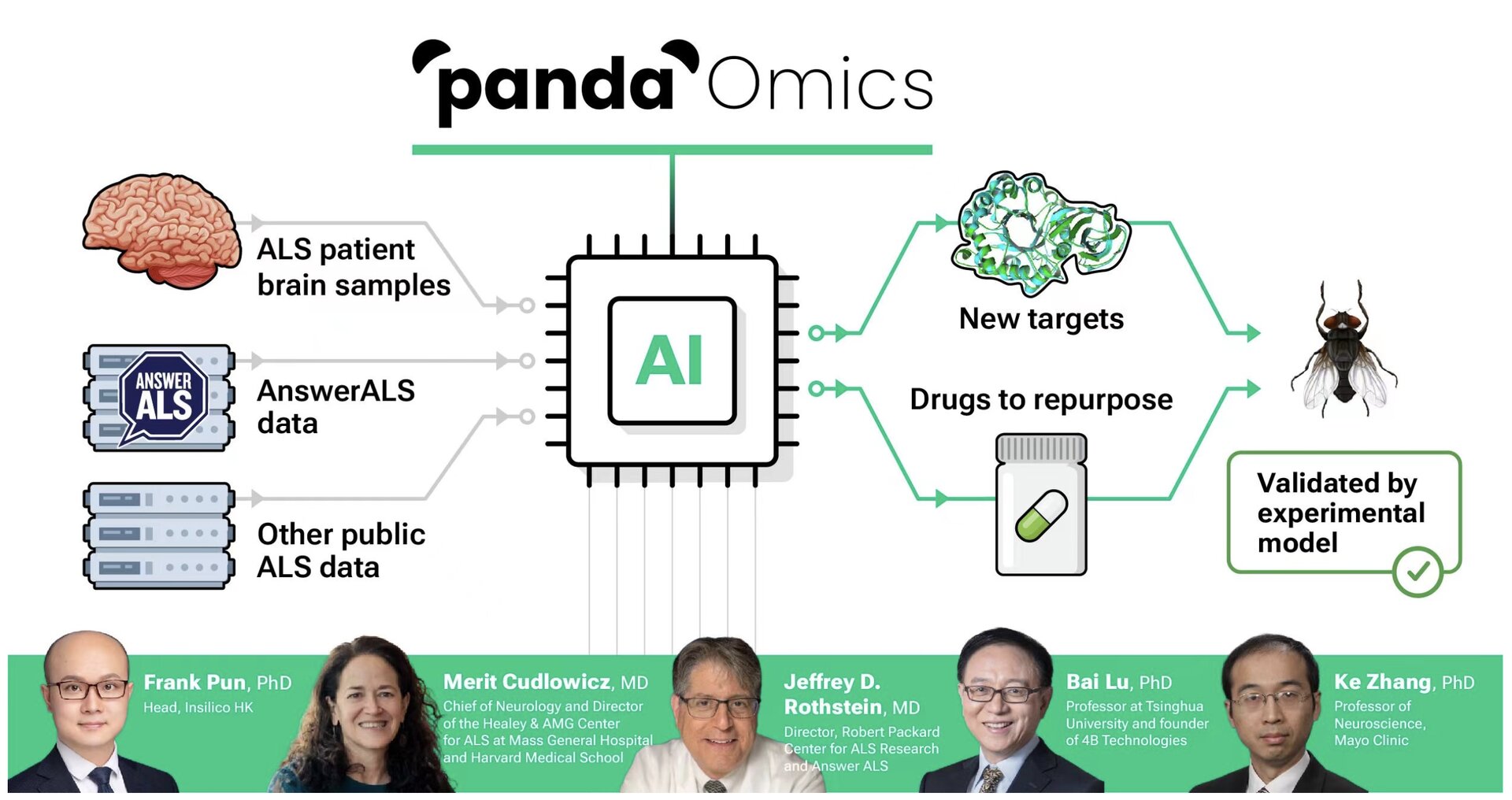 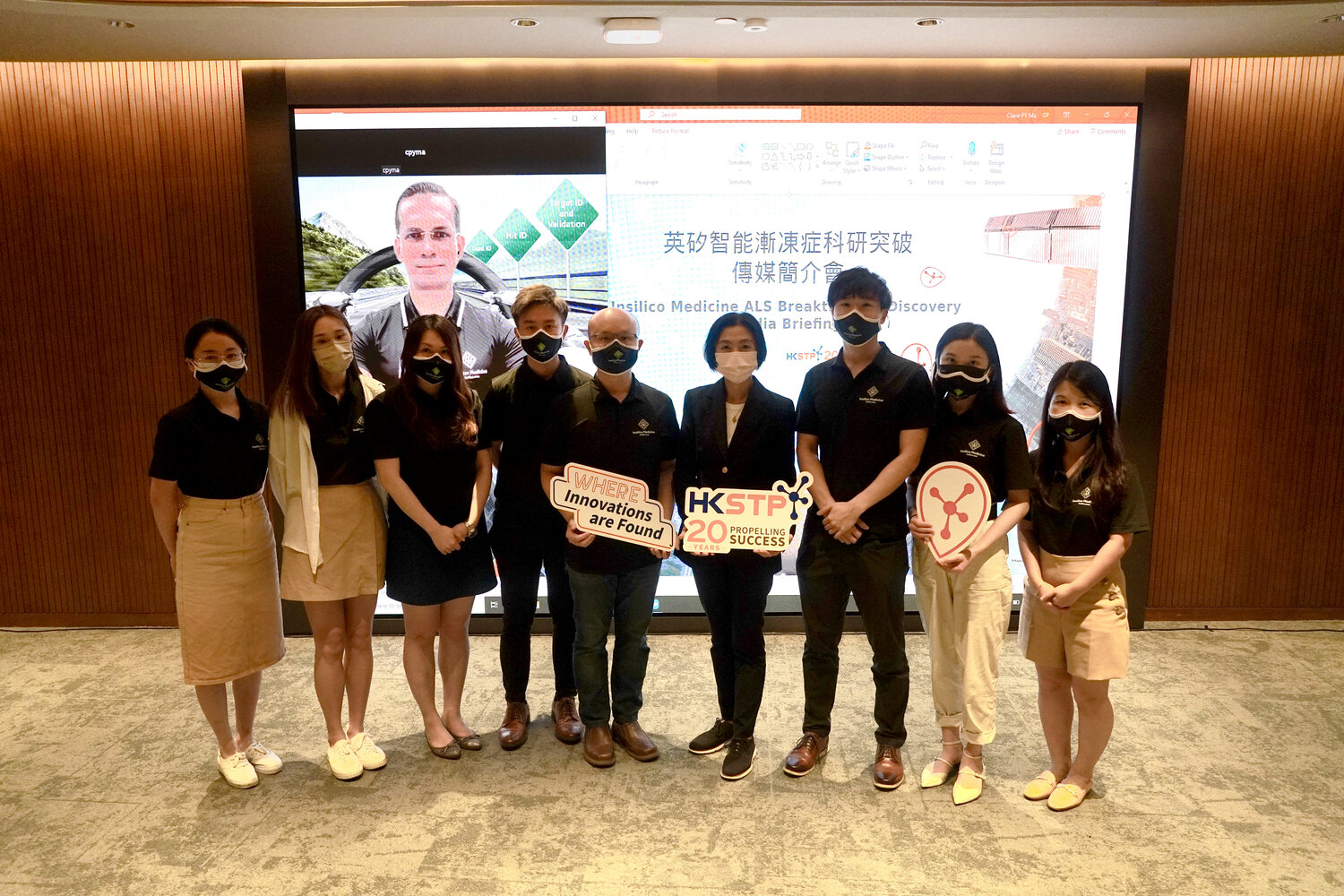 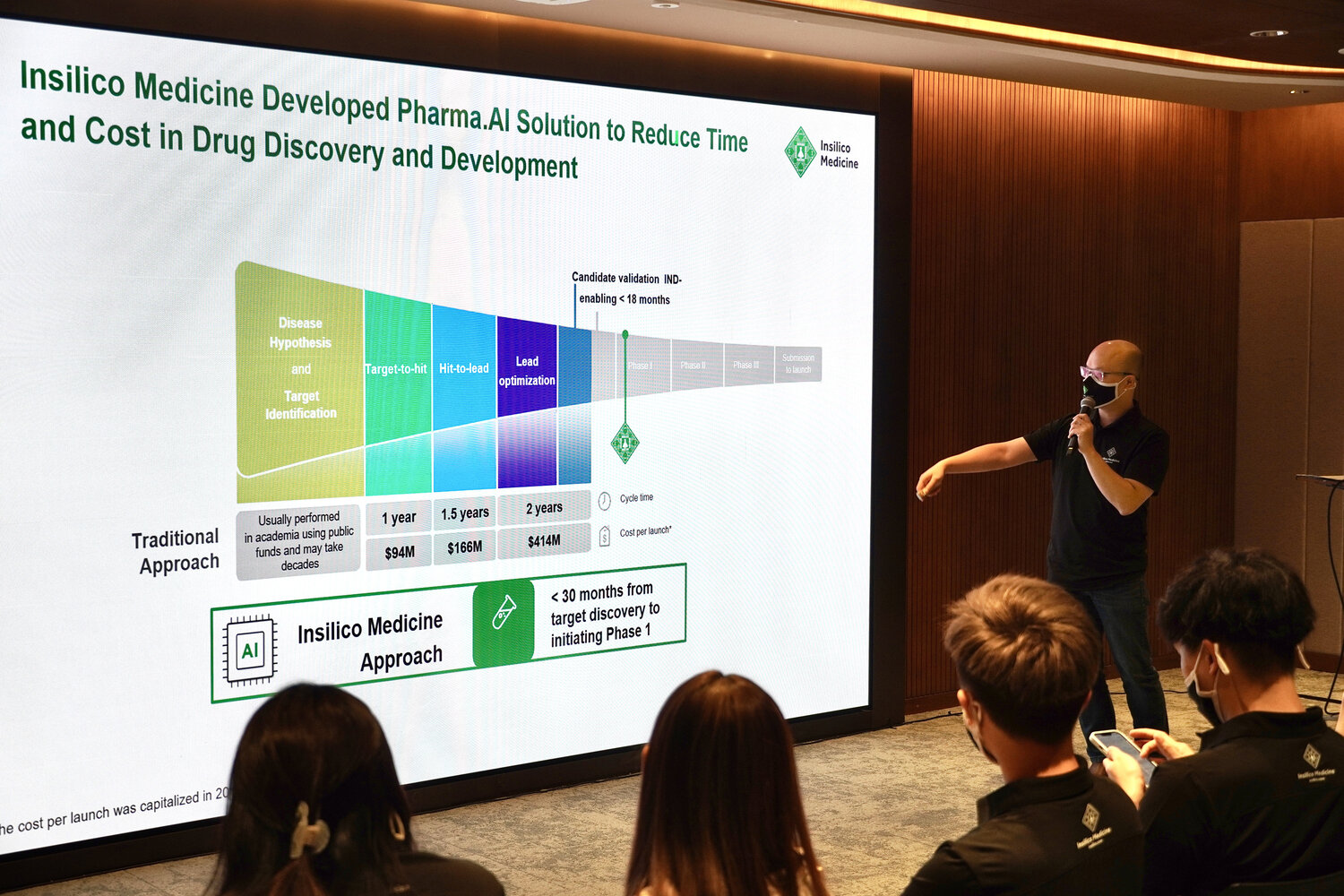 Photo 3: Frank Pun, Ph.D., Head of HK Office of Insilico Medicine explained that artificial intelligence can greatly accelerate the early stage of drug discovery, and the time from target discovery to clinical stage can be shortened from 5-6 years to 30 months. 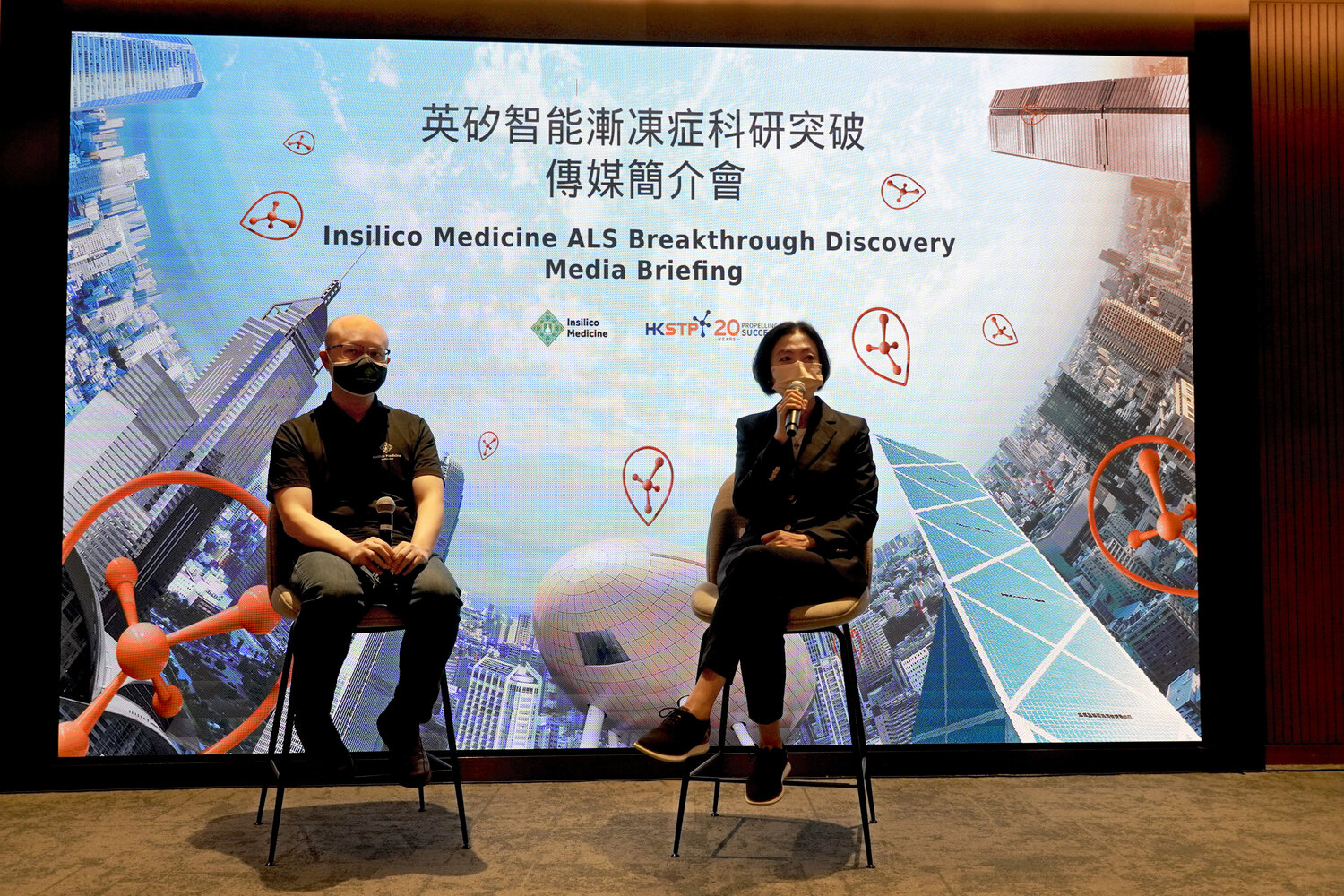 Photo 4: At the media briefing, Frank Pun, Ph.D., Head of HK Office of Insilico Medicine (left), explained the ALS research in detail, and said that the team is currently conducting further research on the discovered therapeutic targets for ALS. Dr. Grace Lau, Head of Institute for Translational Research, HKSTP (right), introduced how the Institute for Translational Research (ITR) helps scientists and researchers to translate potential research projects into solutions that benefit the public.

The viral “Ice Bucket Challenge” has brought ALS a lot of attention in recent years. ALS is also known as Lou Gehrig’s disease. Globally, more than 700,000 people live with ALS, of which about 500 are from Hong Kong. The mean survival time of patients ranges from two to five years post-diagnosis. Patients usually experience limb weakness, speech problems, swallowing difficulties, and expire due to respiratory failure. Existing approved drugs for ALS can only delay some of the symptoms but do not halt or reverse the loss of function. Therefore, ALS is still an incurable terminal illness. Renowned British physicist Stephen Hawking, "SpongeBob SquarePants" author Stephen Hillenburg also suffered from ALS.

As a result of the study, 17 high-confidence and 11 novel therapeutic targets were identified from CNS and diMN samples. These targets were further validated in c9ALS Drosophila model, mimicking the most common genetic cause of ALS, of which 18 targets (64%) have been validated to have functional correlations to ALS. Notably, eight unreported genes, including KCNB2, KCNS3, ADRA2B, NR3C1, P2RY14, PPP3CB, PTPRC, and RARA, strongly rescued neurodegeneration through their suppression. All the potential therapeutic targets were disclosed in the paper and at ALS.AI. The paper is available here: DOI:10.3389/fnagi.2022.914017

“The results of this collaborative research effort show what is possible when we bring together human expertise with AI tools to discover new targets for diseases where there is a high unmet need, and this is only the beginning.” said Alex Zhavoronkov, PhD, Founder and CEO of Insilico Medicine.

“We are truly excited to see the Answer ALS data being used to identify possible ALS disease-causing pathways and candidate drugs,” said Jeffrey D. Rothstein MD, PhD, Director, Robert Packard Center for ALS Research and Answer ALS. “The work by Insilico is exactly how this unprecedented program was envisioned to help change the course of ALS.”

“It is exciting to see the power of AI to help understand ALS biology,” said Merit Cudkowicz, MD, Chief of Neurology and Director of the Healey & AMG Center for ALS at Mass General Hospital and Harvard Medical School and corresponding author. “I was introduced to Dr. Zhavoronkov and the Insilico team and we immediately saw the potential to connect the Insilico team with the multidisciplinary Answer ALS team. We look forward to the next steps to turn this knowledge into new targets for treatments for people living with ALS.”

“From AI-powered target discovery based on massive datasets, to biological validation by multiple model systems (fly, mouse, human iPS cells), to rapid clinical testing through investigator-initiated trials (IIT), this represents a new trend that may dramatically reduce the costs and duration and more importantly the success rate of developing medicines, especially for neurodegenerative diseases” said Bai Lu, Professor at Tsinghua University and Founder of 4B Technologies.  “We are very happy to be part of this international team, and very excited about the subsequent efforts to clinically validate these novel targets.”

“This demonstrates the power of our biology AI platform, PandaOmics, in target discovery. It is impressive that around 70% targets identified by AI were validated in a preclinical animal model,” said Feng Ren, Ph.D., Co-CEO and CSO of Insilico Medicine.  “We are working with collaborators to progress some targets toward clinical trials for ALS, while also further expanding the utilisation of PandaOmics™ to discover novel targets for other disease areas including oncology, immunology, and fibrosis.”

“We are thrilled to witness Insilico Medicine Hong Kong team’s breakthrough in the application of AI-powered drug discovery and development in ALS. This global study led by multidisciplinary experts in ALS and AI sheds new lights on our understanding of the disease, and opens up a new window of opportunities for developing potentially new treatment options. This once again demonstrates the importance of a collaborative approach and the potential of AI with deep insights in addressing clinical unmet needs. HKSTP will continue to build our thriving I&T ecosystem for accelerating and commercialising innovative solutions and nurturing local and global I&T talent,” said Dr. Grace Lau, Head of Institute for Translational Research, HKSTP.

Insilico Medicine has been conducting research on ALS target discovery and drug repurposing with other interested parties using PandaOmics™ since 2016. This study further validates PandaOmics™ as an AI tool capable of identifying therapeutic targets with potential roles on ALS neurodegeneration, and to create new avenues for drug discovery and a better understanding of this rare and fatal neuromuscular disease.