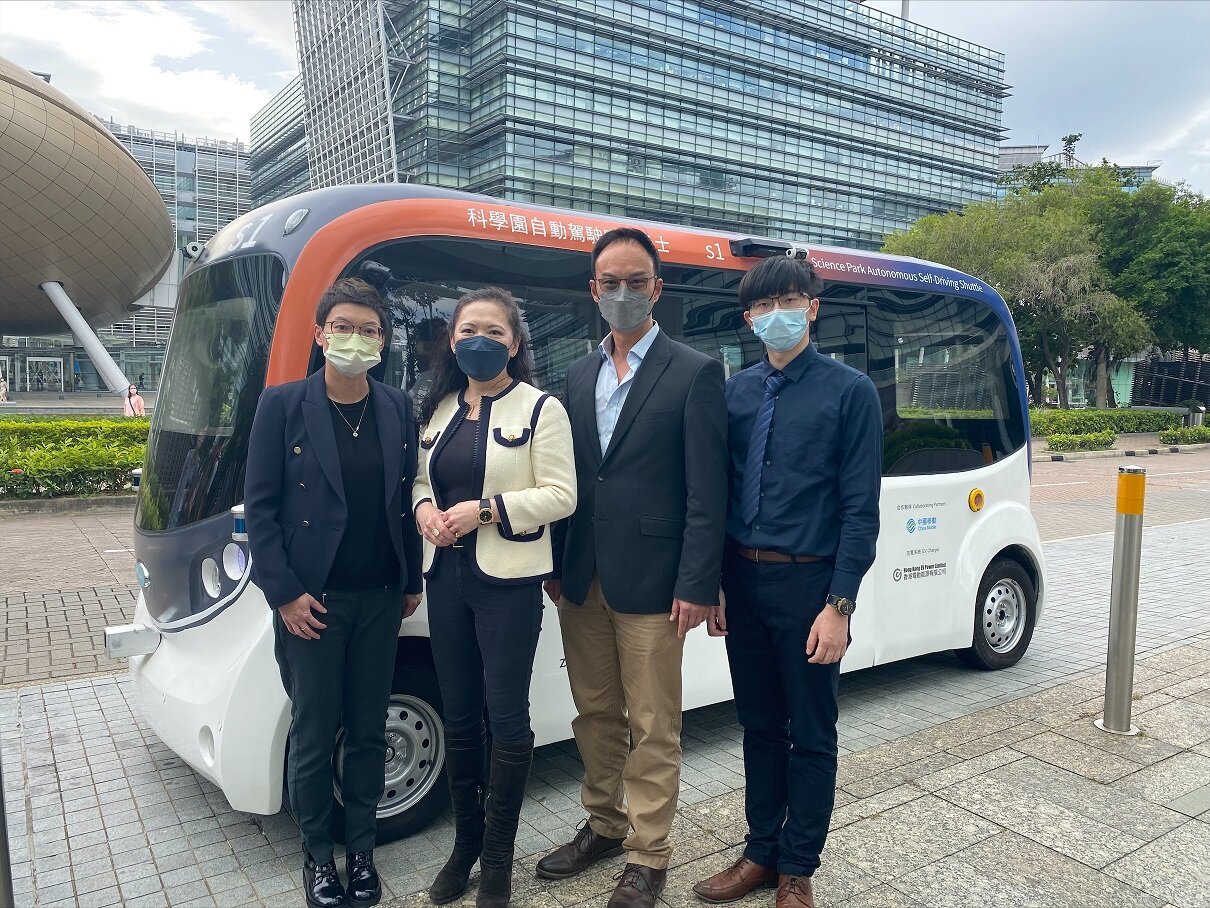 The trial creates a first-and-last-mile transport connection enabled by an autonomous vehicle to simulate a critical transit service connecting commuters to and from public transportation systems in a smart city environment. Science Park provides the ideal testing ground for collecting critical real-world data to support development of smart mobility solutions and deployment of the government's smart city blueprint.

HKSTP has long been investing resources to drive smart mobility innovations and applications. By entering partnerships with tech ventures and leading corporations in key industries, HKSTP has established infrastructure and platforms for comprehensive testing and development of smart city applications via IoT and 5G technologies.

HKSTP has achieved this latest milestone in the city’s development by opening-up a full test site for Urban.Systems and other smart city innovators. The eight-seater autonomous vehicle supports the latest vehicle-to-everything (V2X) technology and 5G connectivity. It will operate along the tentatively planned route along the East and West Avenues at the Science Park.

The autonomous vehicle trial will be deployed in two phases: phase one is available for park companies by reservation for testing under live scenarios, while phase two will extend availability to the wider public for trials in 2023 on weekdays and for special events. The data collected during the trial will be consolidated into the STP Platform for analysis with combined traffic and transportation data, supporting the future development and application of autonomous vehicles across the public transportation systems in Hong Kong.

Albert Wong, CEO at HKSTP, said: “This autonomous vehicle trial with Urban.Systems is a key milestone in the journey of making autonomous vehicles a reality for Hong Kong. This has been made possible by close cooperation with regulatory bodies. This involvement is important as the application of such technology can only be successful if developed hand-in-hand with regulatory frameworks. HKSTP is committed to accelerating the development of connected vehicles and smart mobility to showcase Hong Kong’s capabilities as a smart city.”

Rosana Wong, CEO at Urban.Systems, said: “It is a truly amazing experience to provide the very first MaaS autonomous shuttle service in the Science Park.  Thank you for the trust and the continued support from HKSTP.  Urban.Systems is committed to contributing to the development of smart mobility and hope that our autonomous vehicles can soon be extended to the nearby residences in Pak Shek Kok which will encourage more people to enjoy the first-and-last-mile concept and eventually enhance our public transport system.”

Earlier in May this year, HKSTP also collaborated with the Transport Department on a pilot trial of Electric Mobility Devices (EMDs) to provide testing scenarios to assess the impact of using e-scooters and power-assisted pedal cycles along public cycling routes. HKSTP will continue to collaborate with different stakeholders across industries to unleash the full potential of smart mobility innovation that aligns with the ‘Hong Kong Smart City Blueprint 2.0’ as promulgated by the HKSAR Government.