(Hong Kong, 1 December 2014) - Entrepreneurial training for students, a strong government vision for technology innovation and the need to attract talent into university science and engineering programmes, these were some of the issues canvassed by Hong Kong and overseas university leaders in a panel session at today's Knowledge Transfer Conference, the first day of the week-long Asia-Pacific Innovation Summit hosted by Hong Kong Science and Technology Parks Corporation (“HKSTP”).

Professor Timothy W Tong, President of Hong Kong Polytechnic University, said for the last three years the college had run a scheme to encourage graduates “to take the first step” into starting a business. He said the scheme had already showed signs of success, with the first cohort raising more funds from outside investors than from the programme.

Professor Benjamin W Wah, Provost of the Chinese University of Hong Kong agreed that universities could not rely on researchers to turn technologies into a commercial success. “You have to find a much better way of educating the students. Once a hundred or so students became entrepreneurs it would have a snowball effect on other students”, he observed.

The panel agreed that whereas 20 or 30 years ago science and engineering courses were able to attract some of the top students, that is not the case today.

Professor Wah further said that the brightest students now tended to go into medicine or finance, not engineering. People tended to be “less risk-taking” and were looking for success the first time round.

City University of Hong Kong President, Professor Way Kuo, was one of those who called on the government to “give a strong commitment and priority” to technology innovation. “Many locally-born engineers had become successful outside Hong Kong, and the government should make an effort to bring them back to the city”, he said.

Hong Kong Science and Technology Parks Corporation Chairperson Mrs Fanny Law said Hong Kong “has all the ingredients to be a technology hub.”

Earlier, HKSTP Chief Executive Officer Allen Ma said 500 companies were now carrying out research at the Science Park, employing about 11,000 people. He said the corporation was now aiming to become much more proactive in attracting business and talent. “We know that the key factor for our success in the future is about talent. We are going to nurture and launch entrepreneurs, and we are going to invest in a big way.” 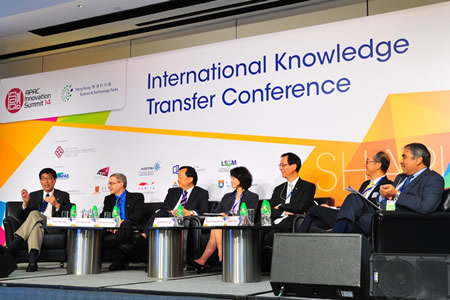 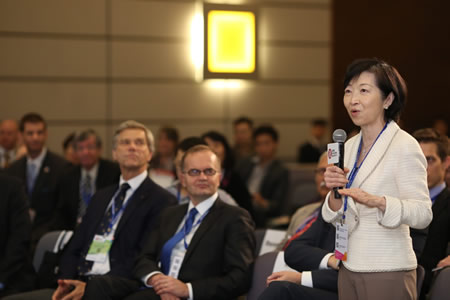 Hong Kong Science and Technology Parks Corporation Chairperson Mrs Fanny Law said Hong Kong “has all the ingredients to be a technology hub.”