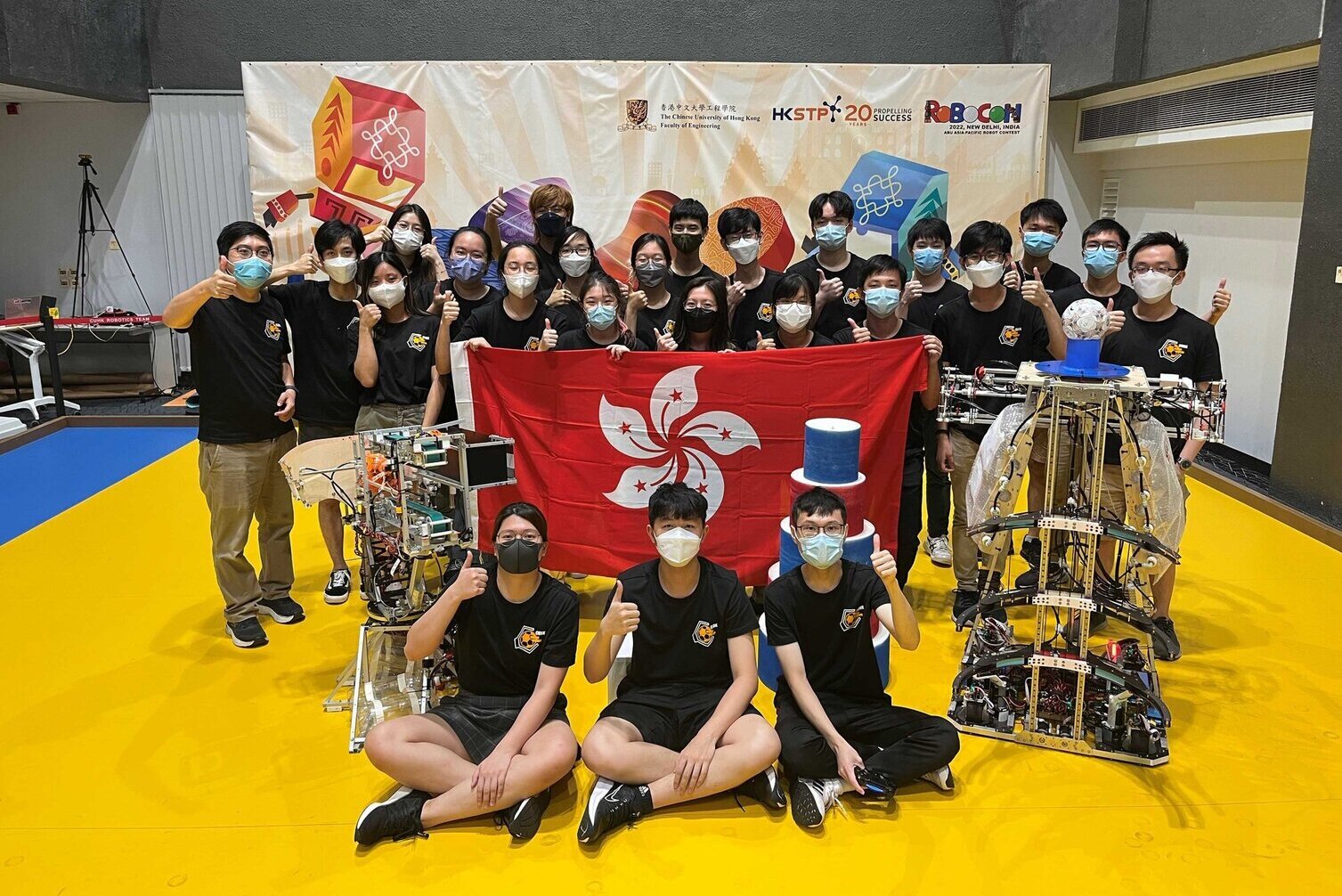 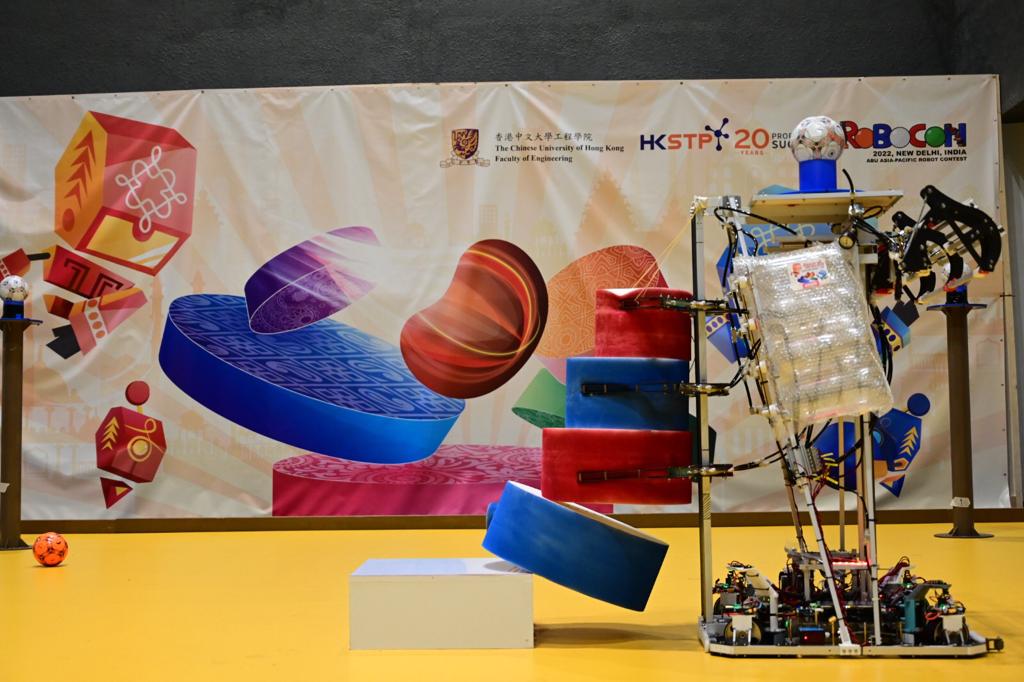 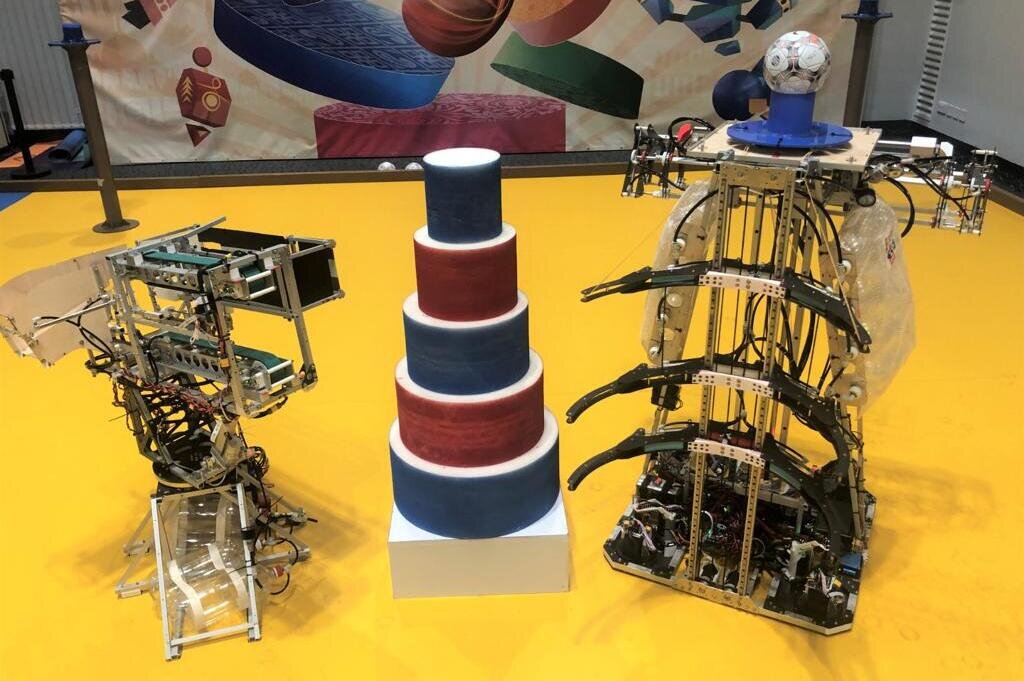 4 September 2022, Hong Kong - The robotics team from The Chinese University of Hong Kong (CUHK)’s Faculty of Engineering received the Grand Prix Award at the Asia-Pacific Broadcasting Union’s Asia-Pacific Robot Contest (ABU Robocon), which was held online on 21 August. It was the second time CUHK took the award and is a testament to CUHK’s top-level robotics and innovation education.

The CUHK robotics team was selected to represent Hong Kong in the ABU Robocon after winning the championship at the Robocon 2022 Hong Kong Contest organised by the Hong Kong Science and Technology Parks Corporation (HKSTP) in June this year. Since ABU Robocon’s inception in 2002, CUHK robotics team has advanced to five finals (2016, 2019, 2020, 2021 and 2022) of this international trophy, and in 2019 became the first Hong Kong team to win the championship. This year, ABU Robocon was held online in New Delhi, with 13 regional winning teams from universities, colleges and academies in 12 countries and territories across the Asia-Pacific region competing in the final.

Professor Martin D. F. Wong, CUHK’s Dean of Engineering remarked, “The Faculty of Engineering is committed to nurturing next generation engineering professionals in Hong Kong. I am proud of our student team’s achievement in both the regional and international Robocon. They were bold enough to embrace challenges by applying innovative solutions to enhance the functions and performance of the robots. This represents not only about their hard work paying off, but also our world-class education getting recognition. I sincerely hope that our students will continue to keep striving for the best.”

Team leader and alumnus of CUHK’s Department of Mechanical and Automation Engineering Billy Yip Chun-wa has a wealth of experience, captaining the CUHK team at ABU Robocon for the fifth time this year. He was overjoyed by the team’s victory, for which he credits the team members’ tireless efforts. “Everyone in the team is so enthusiastic and passionate about robotic design and programming,” he said. “Repeated failures helped drive the team to go to great lengths. After evaluating the matches and learning from their mistakes, team members racked their brains to think of ground-breaking ideas. We worked day and night with each other to find out the best solution to our goal. The understanding and friendship are what we treasured most in the process.”

“The victory of CUHK’s robotics team signifies that Hong Kong tertiary students are talented in I&T, HKSTP will continue to collaborate with world-class local universities to nurture future leaders, who contribute to the growth of Hong Kong’s I&T ecosystem,” said Dr Crystal Fok, Head of STP Platform of HKSTP.

Enhanced design is key to winning

The theme of this year’s contest, Lagori, was inspired by a traditional game widely played in South India. Each team was required to design two robots to compete in two rounds. The referee gave each team the role of seeker or hitter. When CUHK played as seeker, the team threw balls to knock over a tower of Lagori discs (coloured sponge blocks) and then piled them back up in the original order within a limited time, getting points according to the number of discs knocked down and piled up. When its opponents played as seeker and CUHK as hitter, CUHK team fired balls to knock other balls off the top of plinths in four locations around the field to shorten the amount of time competitor had to pile up the discs.

The CUHK robotics team developed a brand new 360-degree rotation wheel system for the robots, and gave the robots the ability to automatically move along the planned routes, offering higher manoeuvrability and speed. It is the product of two years of independent research, refinement and repeated testing by current and former team members.

Video recording of the competition: