Mr Chan is a former government engineer having served in the HKSAR Government with distinction for 34 years. Over the years, he acquired rich experience in managing the implementation of construction works and large scale infrastructure projects. He retired in late 2016 from the position of Deputy Secretary (Works) of the Development Bureau. He was appointed by HSITP after an open recruitment exercise.

Mr Cheuk Wing-hing, Permanent Secretary for Innovation and Technology, and Chairperson of HSITP welcomed the appointment. “Mr Chan has rich experience in management and in overseeing construction projects, and is familiar with Government administration,” he said. “I am confident that his professional expertise in planning and development will contribute importantly to the initial stage development of the Hong Kong-Shenzhen Innovation and Technology Park.”

Mr Chan held management positions in various works departments of the Government, including the post of Deputy Director of Civil Engineering and Development Department. As Deputy Secretary of the Development Bureau immediately before his retirement, he was closely involved in formulating key public works policies and partnering with various Mainland government departments and professional bodies to further cross-border cooperation in construction and execution of projects. 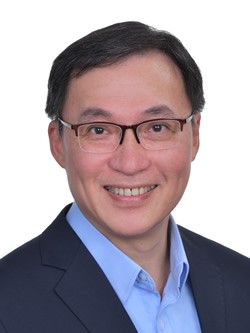